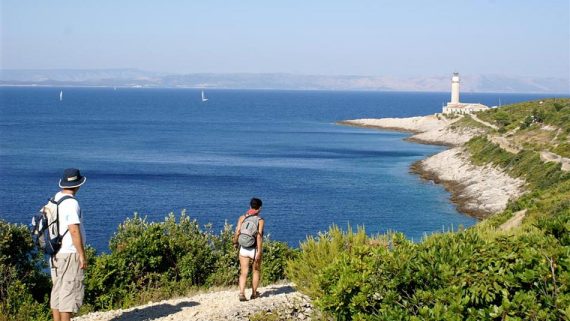 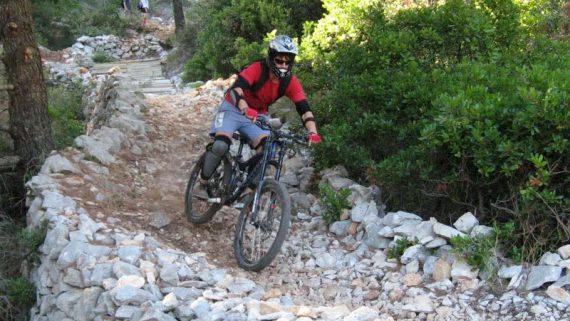 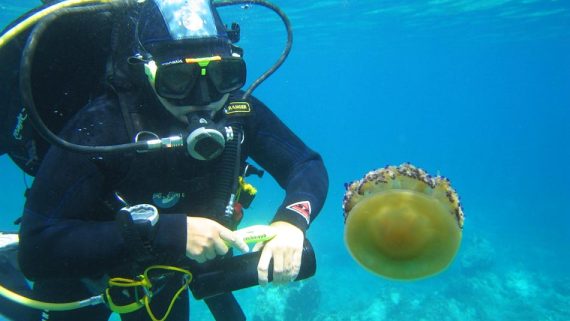 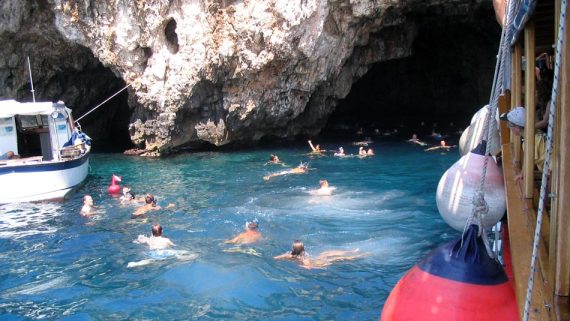 It would be a pity to spend your holiday on Vis just bathing, sunbathing and trying the gastronomic delights. Because Vis offers so much more. Besides the numerous excursions (Blue Cave, Green Cave, Queen’s Cave, a visit to former military areas as well as a visit to the remote open-sea islands such as Svetac, Palagruža, Brusnik), Vis’ varied offer also includes the so called active holiday. You can walk around the entire island along the well marked paths; one of the more famous forms of active holiday is the exploration of Vis landscapes by bike; diving is also very attractive as well as exploring and encountering the island in a kayak.

Vis has several runways for paragliding and for those in search of something completely different cricket can even be played here. There are tennis and basketball courts here as well (the Issa Sport and Recreation Centre is close to the pier itself) and at the beginning of August every year you can take part in the famous swimming marathon from the islet of Host to the Vis waterfront.

Walking along the goats’ paths marked as walking trails, you can reach any point on the island of Vis, in 3 hours. On this way, the dimensions and the shape of the island, as well as the dense net of its trails, asphalt paths and roads, enable each walker and passenger to explore part of the unwritten past of numerous Vis walkers for himself.

There are no venomous snakes or spiders on the island, but still you should not disturb the silver and grey Balkan Whip Snakes whilst resting on tanks or ruthlessly destroy the Cross Spider’s web when it blocks your way in the forest. Passing through some abandoned vineyard try to stay calm if you meet the Vis’ Four-lined snake, a rare and beautiful example of European snake. Harmless for people although fatal for the striped field mouse, the four-lined snake is a symbol of modest enjoyment of nature.

Rosemary, sage and wormwood will stick to your legs and you must wear knee-length socks.

Even if summer is not the right season to walk through Vis’ forest, the late afternoon’s tour in search of blackberries on the hill or the chance of seeing the sunset from the terrace of George’s fortress will be pleasant enough although perhaps in a slightly weaker form.

Everyone rides a bike on Vis. Old and young, natives and tourists, fat and skinny people. All kinds of bikes are ridden. Right or defective, on two, three or even four wheels.

Sailors ride portable bike, pensioners ride the Rog fluorescent pony bikes, those who don’t care ride creaky and squeaky ones whilst those from the Arcicija cycling club ride rusty bikes and jump from Battery bridge into the sea with them.

Housewives prefer those with three wheels and a basket on the back. And parents on their upgraded models love to take smiling children. There is no place on the whole Adriatic where the bike is as popular as in Vis.

In less than half an hour you can ride from Grandovac to the hotel beach on Prirovo without really having to struggle uphill. That is why the famous philosophical statement asks: “Do what you first think of” in the cycling world of the town of Vis this finally makes sense.

However, the island of Vis is a real challenge for serious cyclists too. If you have not come to the island with your of bike, you can rent one in one of the numerous rent-a-bike agencies. And then you will have numerous possibilities ahead. There are no exclusively cycling paths on the island, but you can ride along existing roads, well-trodden paths and for those looking for more extreme adventures, impossible routes are created by enthusiasts from the Arcicija cycling club. (A.R.Fotunato: Arcicij – 1.culmination of laughter, fun and entertainment 2.incoherent, unreasonable procedure.).

Around Vis are around twenty locations with sunken sailing boats and war ships, submarines and planes which make this underwater world one of the most attractive undersea tourism destinations on this part of Adriatic. You can dive into Vis’ underwater world with several well equipped diving centres whose owners are also expert divers. According to experts, Vis is a real pearl and a top diving site in the Adriatic with regard to the wealth of its underwater tourist destinations.

Vis has numerous fantastic diving locations. If you want to enjoy the natural beauties, the northern part of Vis is perfect for you as is the wealth of its underwater world. Vertical rocks that fall into the depths hide numerous caves, red Mediterranean gorgonian and perhaps you will encounter some large John Dory or friendly European conger. You could try feeding it as well. Beautiful soft white coral has found its habitat in this area of up to 40 metres.

Besides its natural beauties, there are many traces of Vis’ turbulent past to be found within its underwater world, such as sunken ships, planes, submarines… The most recent discovery occurred in March 2010 when the remains of a heavy B24 bomber also known as the Liberator were discovered in the sea close to the southern part of the island. The plane was found in the open sea, around 500 metres from the islets close to the southern part of Vis, on an underwater cliff, at a depth of just 39 metres.

Two of the most famous Vis ship wrecks date back to the 2nd century BC. Sunken ships are located on the north-western part of the island of Host, at a depth of just 12 to 25 metres so that every diver-beginner can visit them. A number of broken amphorae can also be seen in the sea under Host.

BLUE CAVE
The excursion to the Blue Cave is an unmissable part of the offer of most tourist agencies on the island. This blue cave is unique for many reasons and is located on the island of Biševo, just 6 nautical miles from Komiža.
The excursion can take the entire day so after visiting the Blue Cave, you may like to spend the day sailing and bathing around Vis. Then you could have lunch in one of the restaurants close to the shore.
Departures are set during the morning, so it is not possible to visit Biševo and the Cave on the same day of your arrival on Vis.

GREEN CAVE
Besides the excursions organized by agencies, you can sail to the beautiful Green Cave from Milna and Rukavac Bay located on the south-eastern coast of Vis. Local people will be happy to take you in their registered boats on this short excursion where you can swim amongst the green cave’s light.

QUEEN’S CAVE
This walking excursion that includes a half hour long drive along an asphalt road to the village of Oključna located high above the bay of the same name on the northern coast is organized by the Visit and Alternatura Agencies.
An extremely penetrable and spacious cave comprising five high rooms connected together with wide and narrow halls that are rich with stalactites and stalagmites and its entrance is located seventy metres above sea level and faces the island of Šolta.